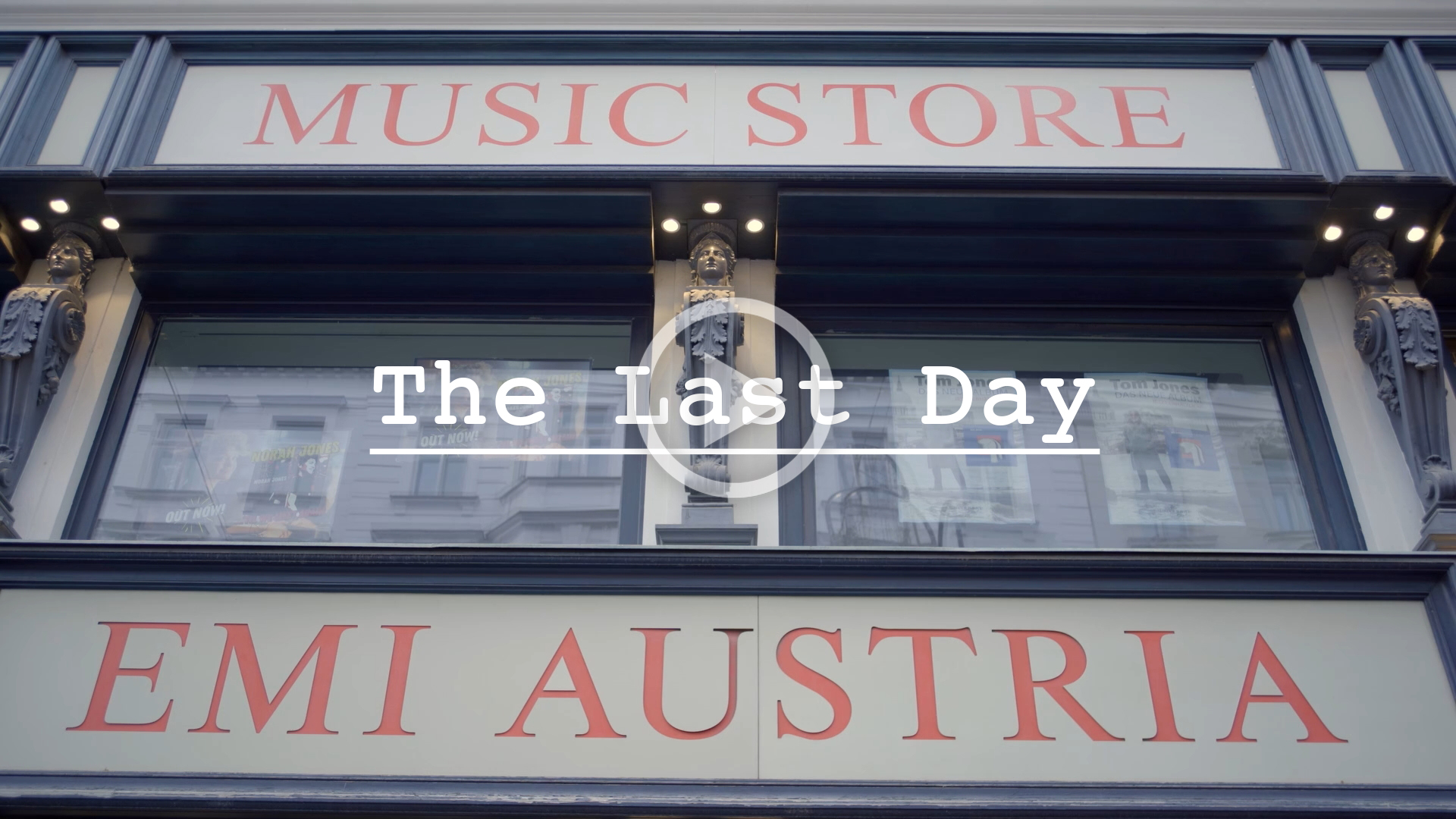 THE LAST DAY is a filmic lullaby for Vienna’s legendary EMI Austria Music Store on Kärntner Straße 30, which was open for 93 years. The oldest photo of the shop is from 1934, when porters still opened the doors for customers and the store was called „His Masters Voice Columbia“.  On December 24, 2021, the store closed forever. Sabine Vasicek and Christian Bakonyi, longtime employees of the company, give their expert advice for the last time. With regular customers they reflect on the past and what the future might hold. As the doors close for the last time, one final record plays and Hans Moser sings Closing Time.

About two week before Christmas Eve 2021, I heard on the radio that the EMI Austria Music Store in Vienna would permanently close. I had known this shop since my youth in the 1970s. Back then – and until the 1980s – music stores — or record stores, as we called them — meant the world for me. I was an apprentice with a travel agency around the corner, and during lunchtime, or right after work, I regularly went to record stores. Looking through records for me was a way to discover culture. And indeed, at record stores one could sit down and listen to records in a sound quality far beyond my record player at home. My ideal job back then was to work in a record store. This was my world.

On December 24, 2021, the last day the EMI Austria Music Store was in business, I knew that I would want to find the magic of my record store memories again. In Direct Cinema style my cameraman, Wolfram Wuinovic, and I captured images and sounds throughout the day, which were then edited down to seven and a half minutes, to capture the mood and impressions of the shop’s final day. Nothing was staged or previously arranged. Everything would have happened exactly the same if we weren’t there. We just captured it – The Last Day.

During filming the following music was playing in the background:

For her Love, Captain Bateman, Loving you

From the album The Bridge by Sting,
A & M Records.

From the album The Pianoman at Christmas by Jaimie Cullum & Kansas Smitty’s, Island Records.

From the album Sperrstund’ is’  by Hans Moser, EMI Columbia Austria. 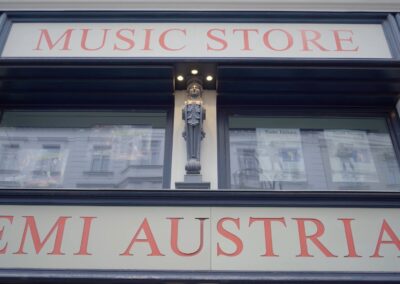 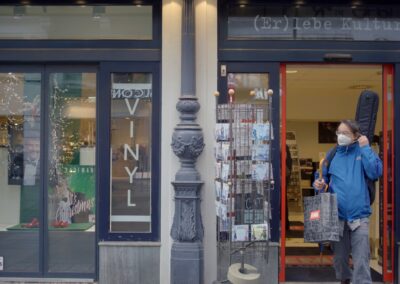 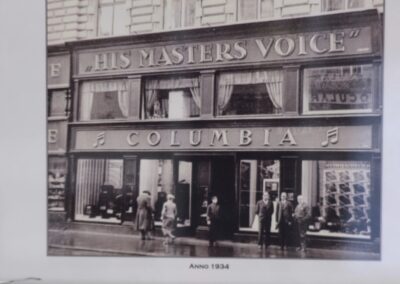 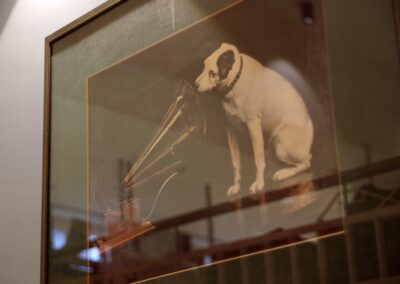 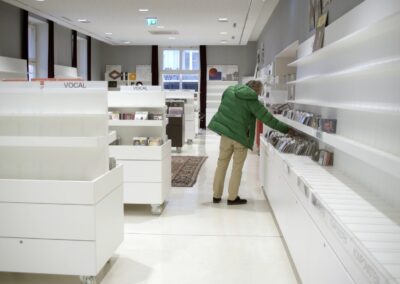 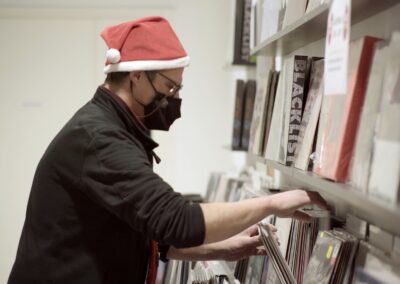 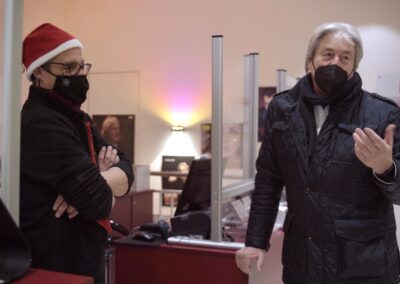 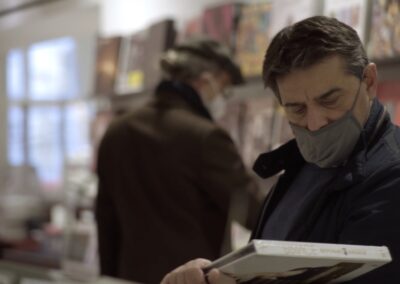 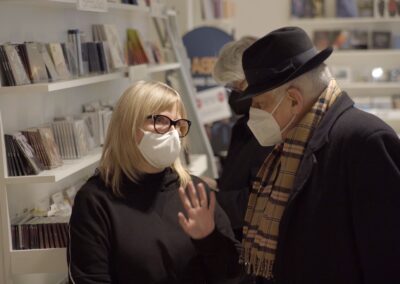 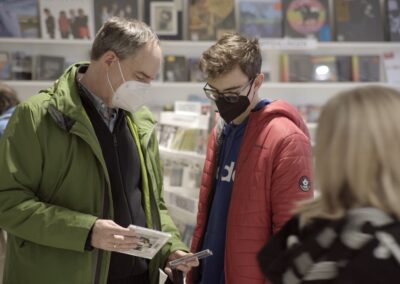 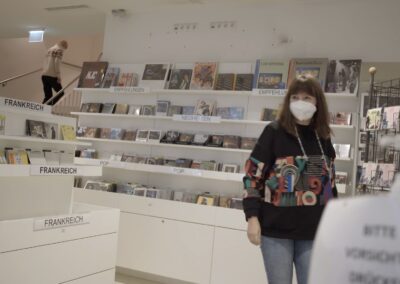